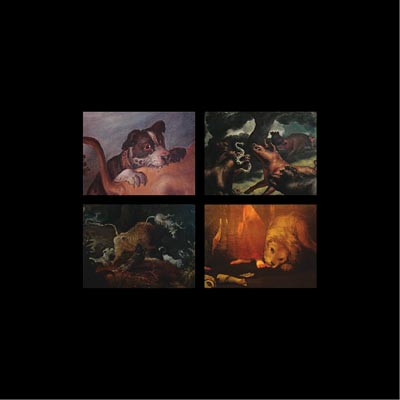 Tomas Phillips (b. 1969) is a composer, novelist, and teacher whose sound work focuses on improvisational performance and minimalist through-composition. Labels to release his music include Trente Oiseaux, Line, and Non Visual Objects. He began composing electronic music in the early 1990s, releasing limited edition cd's under the moniker Eto Ami (with Dean King), and has since created music for installations and collaborations in dance and theatre. Tomas has taught in the disciplines of literature and fine arts at various universities in the US, Québec, and Finland. He completed an interdisciplinary PhD at Concordia University in Montreal in 2007.

Francisco López is internationally recognized as one of the major figures of the sound art and experimental music scene. Over the past 30 years he has developed an astonishing sonic universe, absolutely personal and iconoclastic, based on a profound listening of the world. Destroying boundaries between industrial sounds and wilderness sound environments, shifting with passion from the limits of perception to the most dreadful abyss of sonic power, proposing a blind, profound and transcendental listening, freed from the imperatives of knowledge and open to sensory and spiritual expansion.

He has realized hundreds of concerts, projects with field recordings, workshops and sound installations in 60 countries of the five continents.

His extensive catalog of sound pieces (with live and studio collaborations with over 130 international artists) has been released by more than 200 record labels worldwide, and he has been awarded three times with honorary mentions at the competition of Ars Electronica Festival. 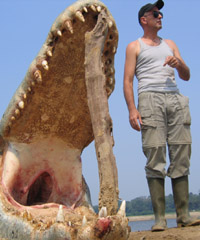 Difficult, on a first listen, to believe that the two pieces by Tomas Phillips and Francisco López featured on IC were born from the same source materials. An attentive ear is definitely going to locate points of comparison – especially in the way in which the artists exploit the sort of remote rumble that calls to mind so many presages and personal intuitions – yet the works are clearly categorized by the diversity of each artist’s qualities.

“3e Transcription” (Phillips) utilizes field recordings and instrumental phantoms as a primary method for psychological involvement, showing the yin and the yang of dynamic management and the familiar/unfamiliar dichotomy with excellent results, the highlight represented by a fantastic pseudo-choral hint to the ephemeralness of materiality that, from the 24th minute to the end, plants the seeds of a desperate regret in the sensitive listener’s heart. It’s one of the most splendid segments heard in the last years by yours truly, the type of vibration that turns physical hopelessness into an equally pathetic quest for a deeper understanding, which will always escape mankind’s reduced vision of essential things.

López’s “Untitled #214” is a rigorous montage of dissimilar sensations. It starts with a loud crash, continues with concrete events apparently marred by a pre-planned disc-error interference (I had to check thrice before realizing that it was not my player’s fault…or was it?). As ever with the Spanish sound artist, silence of the meaningful kind (that which precedes a calamity and stuffs the ears, not the room with an outside bus’ echo and some idiot coughing amidst three guitar “pings” and a wet hiss) is employed with mastery, in conjunction with frequencies that not every human specimen is destined to instantly acknowledge and file. Altered vocal matters, huge subsonic steps and looped clatter (I’d write “industrial”, but the man’s able to create everything from almost nothing) contribute to amplify the level of unease.

All in all, this is a very fine record – maybe this label’s best to date – that requires to be severely scrutinized under any possible circumstance, both technical and individual. Thinking of owning its meanings after a couple of distracted spins means being in the wrong business.

There are two long pieces on this album, described as ‘compositional responses upon the same sonic matter’. Placing limitations on your resources is an old game in music. One thinks of blues forms, raga, pibroch, and in the Western classical tradition you can trace the practice back to the medieval use of the cantus firmus where a popular song, say, was used as the foundation for religious masses by different composers. I remember enjoying three pieces at an electroacoustic concert in Edinburgh where Jonty Harrison, Trevor Wishart and Horacio Vaggione had limited themselves to the sounds of two wine glasses chinking together. Then, as now, it’s less a question of sizing up the pieces in terms of who did the best job and more an exploration of how different artists exploit their common material, how they stamp their own character on the work

Tomas Phillips’ piece, 3e transcription [31:00], is an elegant and considered work. The large opening gestures are firmly in the tradition of Pierre Schaeffer’s pioneering concrète work -  the radical dynamics, long silences, crescendi and sustained tonal, almost choral, textures later in the piece sound by contrast thoroughly contemporary. I thought that the silences were almost risky so early in the work, though they did appear throughout and were obviously of structural significance, as was the use of a single recurring tone similar in timbre to an electric piano. I can’t confirm this, but I’m guessing that some of the source material was taken from a reverberant space such as a church or similar interior. The same sort of sound appears in the López piece and I can’t imagine both composers overdoing the use of digital reverb simply for effect.

Phillips’ piece tends towards a sectional, linear approach with simple panning, gestures, iterations and juxtapositions. For example, we have long sections with big spaces and granular hissy sounds – sometimes this and then that, occasionally both together. Yet despite the time taken to let passages ‘run’, any narrative which might emerge is in the end deeply fractured.

If you like your music on a geological or seismic scale then you’ll enjoy this work, characterised as it is by big sounds (though never harsh) and big contrasts, all demanding closer investigation and deeper listening.

Francisco López’ untitled #214 [24:54] seems to contrast with Phillips’ work in being more circular, or at least less linear, in its construction. It begins with a dramatic and dynamic opening passage which immediately demands attention. The source sounds are recognisable from the first piece. In fact, I thoroughly enjoyed listening over and over to both pieces to try to establish the common ground, though I accept that this listening strategy might not be to everyone’s taste. Again, López makes use of the ‘big’ silence, though if you listen very closely for a long time, you’ll hear faint sounds in the distance. Perhaps they agreed on this technique in advance. Then, just as you reach for the volume control, it all goes off again (so stoners be warned). Beautifully crafted reverberated gestures give way to a rhythmic sub bass figure which takes over as a pedal, all very ‘musical’ in an orchestral sense and a strong feature in what I’ve heard of López work to date. Here we have in addition to the bass, an almost pitched midrange noise texture and a hint of tones in the high register.

I was taken in by a most unusual vocal passage (is this related in some way to Phillips’ ‘choral’ texture?) which seemed to be stretched, filtered and flanged in a very unique and original manner. Oneiric (shades of David Lynch) and indie pop at the same time. Then back to silences and faint sounds. Both artists seem to have agreed to take their time over things.

Just after the half way point I recognised more of the material from the first piece – looped industrial presentations, iterations and irregular off kilter loops – crunchy material giving way to ‘classic’ acoustical debris gestures.

Having been impressed with previous releases I would say that IC by Tomas Phillips and Francisco Lopez maintains the high standard of work from the label. The concept of two artists working on common source sounds has worked well.  In addition to appreciating the idiosyncracies of each composer’s approach I also gained a deeper appreciation of both works as hints and traces of the source materials revealed themselves.

Finally, I’d suggest that this is one of those albums where you can listen to and appreciate parallel developments in electroacoustic music outside of  more academic contexts. This is an accessible and highly enjoyable release which, in common with all good music, offers more every time you listen.