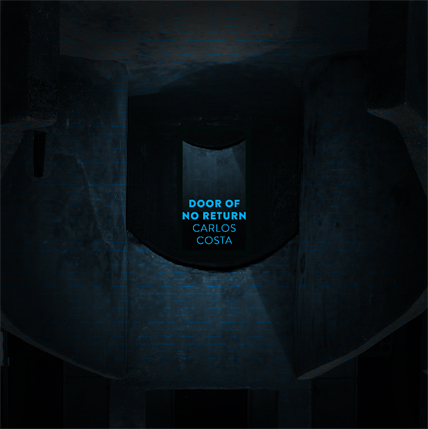 Door of No Return

at Smiling Cow Studios, in Madrid by Wade Matthews.

Costa is originally from Santa Cruz de Tenerife, Canary Islands. He is a double-bass player who focuses his work on improvised music. He participates in various works from his solo project, “Door of No Return”, which was immersed into the production of his first album; a duet with guitarist Manolo Rodríguez, “Costa-Rodriguez” in which he presents his new recording “1+1=1”. Costa is preparing a concert series to present this new album. He has also participated in various bands where the interaction between improvisation and composition predominates, highlighting his most recent project, “Chaira”.

Although Costa has participated in numerous recordings with musicians from very diverse styles, his most important recording projects are: “Espacios”, with his band Jet-Set, where he acts as composer, producer, and bass player; “Energy”, a trio formed by Carlos Costa, José Miguel Méndez (drums) and Manolo Rodríguez (guitar); “Both Sides of the Coin”, a project led alongside the guitarist, Manolo Rodríguez; “1+1=1”, by the duo Costa-Rodríguez.

At an educational level, Costa teaches at the Guillermo González School of Music and participated in the Castillian translation of double-bass player Mark Dresser's method.

Coming all the way from the Canary Islands, Carlos Costa (not to be confused with Italian percussionist Carlo Costa) is a double bassist operating through multiple categories and assignments. In Door Of No Return he attempted to calibrate the theoretical idiosyncrasies of his instrument in a solo context; this unceremonious set fits quite nicely in the recent wake of releases by lonesome bassists. The material is divided in nine "Doors", each track revealing a tactic to elicit sounds from the big box. Processes and practices are relatively typical for this sort of setting: disconnected plucking, reposeful whispering, nervous stubbornness, barely audible harmonics born from light scraping, splintered percussiveness, frequent visits to the areas beyond the bridge and other inhospitable regions. The whole is brilliantly delivered, though you won't be startled to the point of crying miracle.

However, Costa shows us his inside-and-out knowledge of the deep-toned qualities of wood, handling the consequences of his tests without flinching. This is exactly what makes the album worthy of respect. The music is healthily unspectacular, deprived as it is of useless frills and idiotic prestidigitation. The effort of locating different nuclei of vibrational substance, both within the resonating chambers and across the apparently less useful parts of the body, is rewarded time and again. The trademark crudeness of audiences calling "noise" such a kind of performance derives from the inability of accepting the diversification of resonant phenomena in an instrumental microcosm. Accordingly, Costa appears as an instructor exposing the "warts and all" essence of a complex subject, determined to make us appreciate previously undisclosed details and not-so-dead spots in a state of polite austerity.

(translated in Spanish by Wade Matthews)

Spanish double bass player Carlos Costa says that for a long time he was fascinated by the image of a 'Door of No Return', a symbolic title that captures the essence of his uncompromising, free-improvised solo art. A title that radiates his strong commitment, pushing through this imaginary door towards the unknown, towards freedom, and never going back. Being at the here and now and becoming “an instrument of pure sounds, harmonies of pain, rhythms of new times, melody of contemplation... chaos and harmony.”
Door of No Return is Costa's debut solo double bass album, recorded on April 2015. Costa's technique is informed by the innovative work of French classical double bass player Alain Bourguignon and American free-improvisers like Mark Dresser and Mark Helias. Each of the ten “Door”s investigates, in a highly disciplined, almost scientific manner, a certain aspect of the bull fiddle timbral spectrum - extended bowing technique, including using the bow or bows on the wooden body of the bass as a percussive instrument, resonating overtones, different kinds of harmonics, multiphonics and other weird sounds and noises. Costa plays the double bass as an observant explorer who maps meticulously uncharted, almost alien-sounding territories. His profound knowledge and understanding of the physical anatomy of the double bass as well as his sense of invention and searching spirit are highly impressive.
back to releases top