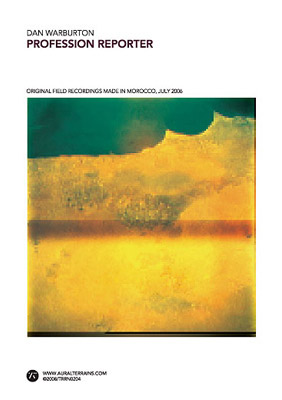 Profession Reporter - the reference to Michelangelo Antonioni`s 1975 film of the same name is entirely deliberate and for you to figure out - is the latest in a series of works, following on from Warburton`s Walks series and Compendium Maleficarum III (with Frederick Farryl Goodwin), that seeks to further break down the already fragile barriers separating composition and improvisation, natural (field recordings) and man-made (improvised) sound. Sourced from recordings made in Morocco in three different locations at three different times of day - morning, midday, evening - and extracts from live improv concerts in France, featuring Kyle Bruckmann, Bertrand Denzler, Greg Kelley, Jean Sébastien Mariage, Bruno Meillier, Bhob Rainey, Fabrizio Spera and Warburton himself - it`s voyage of discovery across space and time for composer and listener alike. 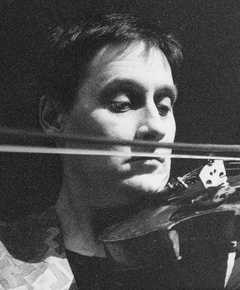 A sort of concrète compositional conceit, the album threads together field recordings Warburton made in Morocco with concert recordings of various French and US improvisors, including Kyle Bruckmann, Greg Kelley, Bertrand Denzler and Fabrizio Spera. Its three tracks establish contrasting levels of discord and equilibrium between the two sound sources. “Al-Sabaah” embeds discreet instrumental sounds in a bucolic nature setting, while “Al-Dhahiira” pits sharper improvisations in a bustling dialogue with what appears to be an urban marketplace.

Warburton might be playing provocatively on the cultural contrast between an obscure and rarefied Western artform and everyday life in Arab North Africa, or making a point about the importance of improvisation in quotidian routines. Then again, his intent might be purely aesthetic.

[AT note: or all the three above]