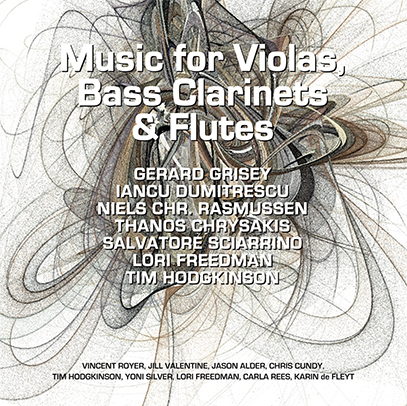 The French violist and composer Vincent Royer was born in Strasbourg. He studied in Freiburg and Cologne, performing early in various ensembles (Ensemble Köln, Ensemble Modern), dedicating himself intensely to chamber music, improvisation and to the dialogue between various art forms, music, dance and the visual arts.

Besides several fellowships, in 1991 he earned the “Prix Xenakis” for his performance of new music. Royer collaborated closely with contemporary composers including Gérard Grisey, Pascal Dusapin, Horatiu Radulescu, Luc Ferrari and Vinko Globokar.  He developed the spectral sonic language for his compositions during an artistic Residence in Banff (Canada), as fellow of the “Bourse Lavoisier” and in the electronic studio “Centre Henri Pousseur” in Liège (Belgium). Numerous composers dedicated new works to Royer and his duo, which involves the Belgian pianist Jean-Philippe Collard-Neven. Exhibiting his creativity in many different forms and aesthetics, he conceived the work Traverse for viola and computer with Gerhard Eckel, selected by the International Computer Music Conference in Berlin in 2000. His encounter with visual artists Joëlle Tuerlinckx and Bob Verschueren led to intense experimental projects. The BRAC Quartet (violin, viola, cello, double bass), which he co-founded, explores new directions of spontaneous composition.

His world premiere of the complete works for viola by Horatiu Radulescu earned worldwide recognition and received the highest award of the music journal Crescendo. In 2008-09 the Duo Royer/Collard-Neven was awarded the “Coup de Coeur” by the Académie Charles Cros for their recordings of works by Luc Ferrari and Jean-Luc Fafchamps. Royer regularly conducts seminars and workshops at European and American conservatories and universities. Since 2010 he is professor for chamber music at the Conservatoire Royal de Liège. 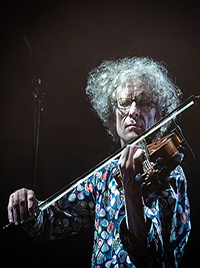 American Violist Jill Valentine is a busy freelancer in London's top orchestras and recording studios. She works regularly with the London Symphony, Royal Philharmonic, and London Philharmonic orchestras and as well as with English National Opera and Royal Ballet Sinfonia. As asoloist Jill has been featured in BBC Radio 3's contemporary music series Late Junction, premiering works for viola and piano. As a studio musician with Chamber Orchestra of London, Jill regularly records for popular films and series such as The Crown, Downton Abbey, Yesterday and the Planet Earth franchise, among others. Jill completed her BM and MM degrees in Viola Performance with honours at Rice University, Shepherd School of Music in Houston, USA, in 2016. 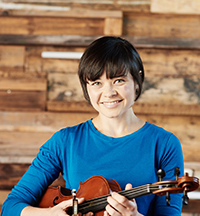 Jason Alder is a low clarinet specialist and holds degrees in clarinet performance (Michigan State University- US), bass clarinet performance (Conservatorium van Amsterdam- NL), creative improvisation (Artez Conservatorium- NL), as well as post-graduate study in the application of the advanced rhythmic principles of South Indian Karnatic music to contemporary Western classical and jazz music (Contemporary Music and Improvisation through Non-Western Techniques). He is currently conducting PhD research on the sonic possibilities on the contrabass clarinet (Royal Northern College of Music- UK). He is well-established as a performer of contemporary music and frequently works with composers to develop and premiere new works either as a soloist, with his flute-clarinet Shadanga Duo, the Four New Brothers Bass Clarinet Quartet, or in a variety of other formations. As well as composed music, Jason regularly performs internationally as an improviser, electroacoustic musician, and in world music and jazz bands. He is often found performing, lecturing, or on panel discussion at festivals around the world, including the International ClarinetFests, European Clarinet Festivals, Istanbul Woodwind Festival, American Single Reed Summit, Netherlands Gaudeamus New Music Festival, Ultima Oslo Contemporary Music Festival, Havana Festival of Contemporary Music, and Leeds International Festival of Artistic Innovation. He is also sought after as a recording engineer for many classical and jazz musicians around Europe. Originally from metro-Detroit, Jason has lived in Europe since 2006 and is an endorsing Artist for Selmer clarinets, D'Addario reeds, Behn mouthpieces, and Silverstein ligatures.

“swirling around the songs was bass clarinet player Chris Cundy, like a birdsong interrupting an argument” -  Los Angeles Times

Playing bass clarinet and rarified woodwind instruments Chris Cundy is a composer and performer with a practice rooted in experimental and improvised settings. His work also crosses over into popular music and he has worked with a variety of songwriters and groups including Timber Timbre, Cold Specks (aka Ladan Hussein), Thor & Friends, Baby Dee & Little Annie, and Guillemots.

Growing up in the Medway towns Chris became friends with artist and punk musician Billy Childish who introduced him to the exploits of homemade music-making at an early age. This led to a lasting DIY attitude and by the time he was 12 Chris had already started out as a street performer and busker. After hearing Eric Dolphy's music he took up the bass clarinet. He remains self-taught.

Also a visual artist, Chris studied painting at Cheltenham where he discovered a synergy between drawing practices and improvised music. This led to self-developed playing techniques using multi-phonics, circular breathing, exploring micro tonality and generally speaking a more tactile approach to the instrument. Chris also performs contemporary classical music and has premiered works by Greek composer Thanos Chrysakis. He performs as a soloist and as a member of The Set Ensemble.

He is also involved with theatre music, and recently contributed to an original soundtrack for Florian Zeller's stage play The Mother starring Gina McKee. Chris has performed at Shakespeare's Globe and toured with circus companies NoFit State, and Imagineer.

He has released three solo albums, Gustav Lost in 2016 (FMR Records), The Disruptive Forest in 2017 (Confront), and the mini-album Crude Attempt in 2020 (Pressing Records). A further album of acoustic bass clarinet compositions is expected in 2021 titled Of All The Common Flowers. 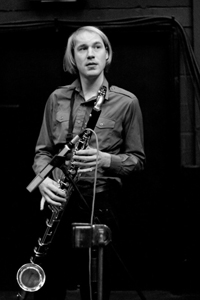 Tim Hodgkinson  is an English experimental music composer and performer, principally on reeds, lap steel guitar, and keyboards. He first became known as one of the core members of the British avant-rock group Henry Cow, which he formed with Fred Frith in 1968. After the demise of Henry Cow, he participated in numerous bands and projects, eventually concentrating on composing contemporary music and performing as an improviser. 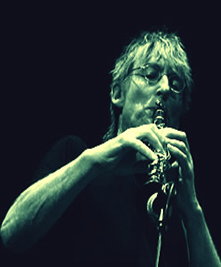 Yoni Silver is a London based performer, bass clarinetist and multi-instrumentalist.

He works within a wide array of different and mostly experimental frameworks: different forms of improvisation, Noise, (Hyper)Spectral music, Performance and composition. Besides his main instrument, the bass clarinet, he plays on the alto sax, violin, piano, computer, voice and other instruments.

His bass clarinet sound is characterised by unique techniques and ‘instrumental prosthetics’ which he has developed and which have allowed him to shift the woodwind sound palette into the realm of electronics and Noise. 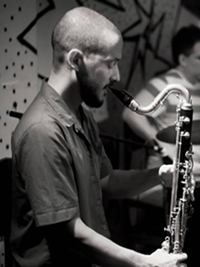 “Quite simply, Lori Freedman is a rare musician of true genius … a monumental musician”

Lori Freedman is a member of a small group of people coined as “the renaissance musicians.” Freedman’s artistic practice spans the gamut. With full throttle in contemporary music of both scored and improvised music streams she is known internationally for her provocative and creative performance works.

Her solo works have been presented internationally (Eastern and Western Europe, USA) and she has received performance invitations from organizations essential for the advancement of all new music such as the Festival international de musique actuelle de Victoriaville (QC), Huddersfield Festival (UK), International Society of Contemporary Music, the Gaudeamus Festival (Holland), Radio France, Redcat Theatre and The Stone (USA). In 2017 she was elected Fellow of the Royal Society of Canada for “outstanding artistic achievement,” twenty years after having received the Freddie Stone Award (1998) for the “demonstration of outstanding leadership, integrity and excellence in the area of contemporary music and jazz.” 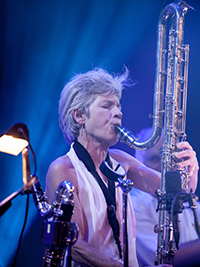 She is Artistic Director of rarescale, a contemporary chamber ensemble with whom she works to create and promote new repertoire for her instruments. She is also a member of the Edison Ensemble and Goldfield Ensemble and plays in a trio focussing on Feldman’s music with pianist John Tilbury and percussionist Simon Allen.

Carla leads rarescale Flute Academy, an acclaimed flute ensemble for university level players, for whom she arranges numerous works. The ensemble has performed in Greece, Poland and the United States, and is currently collaborating with a number of composers to create new repertoire. 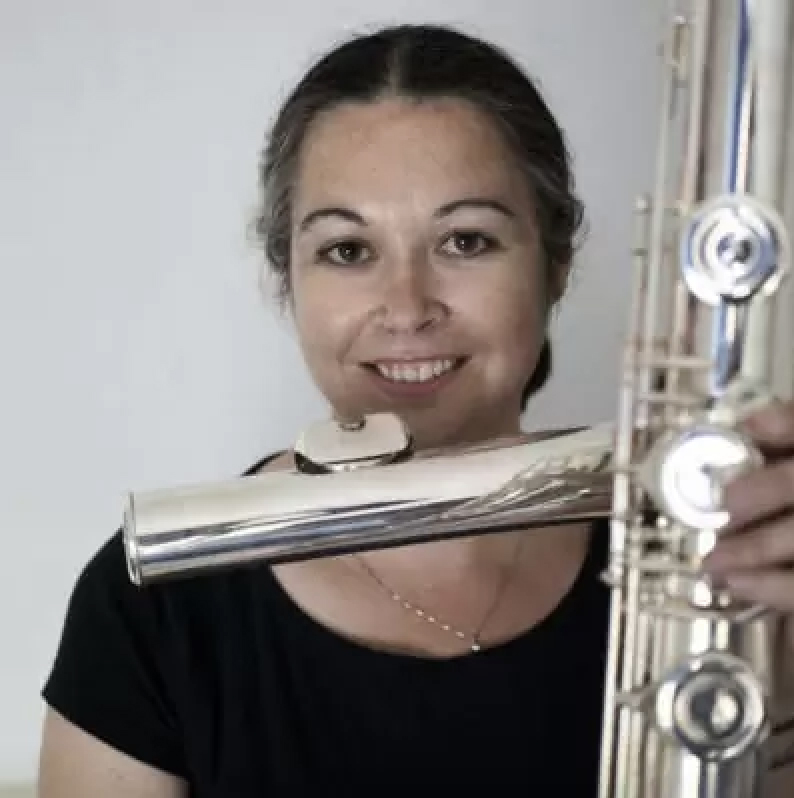 Karin is an internationally renowned flautist and soloist in contemporary music, with many works dedicated to her. She is flautist of the HERMES Ensemble www.hermesensemble.be and plays the flute, alto flute, piccolo and bass flute, as well as shakuhachi and bansuri flute. Karin is a performer constantly looking for new experiments with flute, often resulting in great collaborations with many well known composers, one of the most memorable is a ten year long collaboration with Karlheinz Stockhausen. 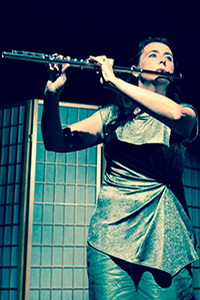 Katrina Lauder is a freelance Conductor and French Horn player based in the UK. She plays with world renowned symphony orchestras from all over the globe. Including Principal horn with The City of Birmingham Symphony Orchestra, Co-Principal horn with The London Philharmonic Orchestra and The Symphony Orchestra of India, as well as playing for shows in London’s west end. She has recorded albums with the likes of Annie Lennox and Ebe Oke and has toured with Sting on the album If on a Winter’s Night. She is principal horn of The National Festival Orchestra and features on their recording of Tom Jones.

Having studied Conducting with Denise Ham and Colin Metters in London, Katrina enjoys a varied career as a Conductor. She’s held a positions as Co-Musical Director of The London Gay Symphonic Winds and assistant Musical director at The Tulse Hill Choir. Kensington Philharmonic Orchestra Wind Coach, Angel Orchestra Wind Sectional Coach, UCL Concert Band Deputy and has conducted The Women of the World Orchestra at The Royal Festival Hall. 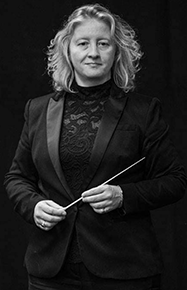