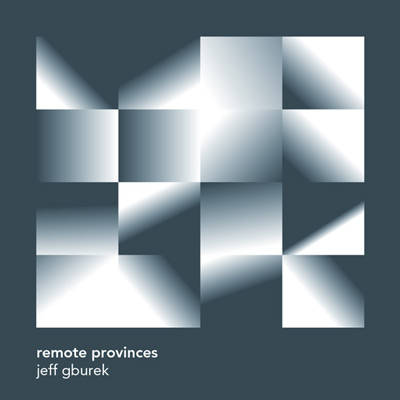 This CD "remote provinces", composed of materials recorded in Germany, Belgium, and Poland, mixed in with my own prepared guitar and signal processors, requires with each listening a process of interpretation. They are not documentaries nor are they pure: I cannot imagine as a naturalist that one edits out impurity. I cannot imagine that as critic of naturalism one edits out impurities. So in some sense it is a work that is in argument with formalist phonography yet it accepts the basic premise which I call "seeding across time". My work is a bit like what one might call "wild-scaping" - allowing urban decay to express itself unchecked while nature takes over. It is in this regard I include "technical breakdowns": wrinkles to remain in the table-cloth, stains on the tie or runs in one`s stockings to show through. Some sounds are designed to enter the "center" of ego-consciousness, while others seem peripheral. And yet I have invested equal energy in these "remote" fringes and I like to imagine the music evolves with your environment and rides on a continuum of sound that surpasses every rendering and is renewed with each listening. The "remote provinces" are all around us. They may be places of exile but also places of solitude, introspection and transcendance but they are nevertheless characterized by ruptures and coincidences of attention. Each of us is a remote province integrating and disintegrating, emerging from and immersed in empire. I have tried to build in sound a sense of worlds inside worlds living, at the occasional expense of transparency, transparently.

Jeff Gburek, based in Poznan, Poland, would seem to seek a work that is greater than itself, that moves into itself outside itself, following and imposing a certain measure on myriad forms as they burst and spring forth outside all limit. The pieces are a diffuse, uncertain space fit for substitution, for the realization, dissolution and disappearance of various constructs.

Gburek uses signal processors, prepared guitar and field recordings to bring about these fluttering near-appearances. For the first piece, with its divergent series of events and unpredictable interruptions, its weakness, namely its inability to ever bring anything out fully, shows a certain strength, as Gburek turns it into a malleability on account of which nothing ever fully leaves either. There's just an incessant metamorphosis, a set of dissecting tabletop juxtapositions, gritty interjections and irregular volleys of field recordings. They make for volatile combinations, but its rolling flow comes with ease and both a sense of spontaneity and good judgment; it generally stays clear or intellectualized jump-cutting or mere plastic progress.

The rest of the work retains an underground pipework of field recordings and treated electronic sounds and makes for some beautiful relationships between reality and artifice. Notably, though, the events are less clearly individual: they grow calm and shift into and within a sinuous web, a single clamor. This is often pulled off with a kind of looseness, with a fundamentally extemporaneous manner. Yet, at the same time, the interactions of the static hum and blustery frequencies, through which flicker snatches of garbled voices and anonymous sounds, are charged with a common, unifying sense. These traces hint at a huge amount of discipline in the music, one that heightens rather than hinders a certain level of vibrancy. At the best of places the ensuing music becomes wistful, almost visionary; at worst it's simply jaunty.

Over the past few years, Jeff Gburek has slowly but steadily been releasing an impressive body of work, either online, notably as streams on his own Orphan Sounds netlabel, or in limited editions on bijou imprints such as Absurd, Nur Nicht Nur and Triple Bath. This latest dispatch from the composer, who's currently based in Poznan, Poland, on Thanos Chrysakis's Aural Terrains label, is for my money his best yet: three carefully sculpted slabs of intriguing electronica collaging found sounds, snippets of radio broadcasts and classical music, and haunting original loops, all immaculately sequenced and impeccably mixed into one of the year's strongest and most satisfying releases. Gburek is a shrewd observer of the scene and an experienced space traveller in the new music cosmos, orbiting the dark star of EAI close enough to pick up and master the nuances of its vocabulary (as a guitarist he's performed with Keith Rowe, Tetuzi Akiyama, Annette Krebs and Pascal Battus) while remaining within the gravitational field of contemporary composition, which he's studied with Helmut Lachenmann. This fabulous little album is proof that you can have the best of both worlds.